Fred is now writing his own letters, which is very good, though I will miss getting the letters written by his mother.

Christian greetings!  I will be in grade 3 now.  I am Fred.  I am happy that I am the one writing now.  Thank you so much for the letters.  I am excited for more letters.  I promise not to do bad things for ou.  Now I will say "I love you, sponsor."  Do you have children's camp?  We will have on May 1.  Please pray that Iwill learn the Bible more.  Thank you very much. 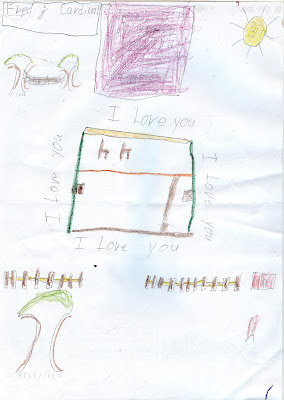 Email ThisBlogThis!Share to TwitterShare to FacebookShare to Pinterest
Labels: Fred

Let me take this chance to greet you in the name of Jesus our Lord and Saviour.  God is so wonderful for he has given me such an awesome sponsor.  I thank God for all.

This Easter holiday has been marvelous and I hope that you celebrated well too.  Jesus Christ has shown us a lot of love by dying for us on the cross.  By him we are saved and we are able to get the eternal life from him that is great.

I attended church service and I am able to learn about the love of God who gave his only begotten son to the people of the world.  This is so amazing.  I believe that you have accepted Jesus as your personal saviour so that you may have the eternal life through him.

My family members are doing well too and they also celebrated the Easter holiday in style.  I have much to share with you next time.  Thank you so much for your good support.

Yours faithfully,
Murugi.
Posted by Bev Sykes at 5:17 PM 1 comment:

Email ThisBlogThis!Share to TwitterShare to FacebookShare to Pinterest
Labels: Murugi

Briana warmly greets you and your family in the name of Jesus Christ and she is glad to write to you, hear from you, and to know if your mother is getting better.  She thanks you for the pictures, especially the one where you left her a place at the table.  She said that if she was invisible she would go to your house and sit at the table to celebrate with your family and play with Brianna and feed your dog, the one you love a lot.

She would like to know where you go to church and if it is a baptist or a catholic one.  She always prays for you and your family so that God could give you strength, let you be healthy and protect you and she would like you to do the same for her.  She thanks you for the gift because she bought a beautiful dress with it and she was very glad about that.

May God bless you!

Email ThisBlogThis!Share to TwitterShare to FacebookShare to Pinterest
Labels: Briana

I received such a special gift today.

A couple of months ago, I heard from a woman who was going to Kenya and offered to take my child Murugi a doll or something.  It would be something she would buy because she had no room in her suitcase for me to make up a package, as I did for Fred.  I thanked her but said that as Murugi is 19, she wouldn't be interested in dolls.  But she said she would try to take some pictures of her for me.

I actually had forgotten all about that.  I remembered briefly, when I heard from Fred thanking me for his gifts, but I had not yet heard from Murugi.

Tonight I received an e-mail from the woman who had gone to Kenya, apologizing for not having contacted me sooner and telling me about her visit with Murugi.

In my talk with her, she wanted to know why you weren't able to come but hoped that you would be healthy and be able to come visit her one day as she wants you to be proud of her. Her dreams are now to be a businesswoman rather than a nurse. She is in college program and she hopes to become rich so that she can help others like herself. As we talked, she wanted to know if it was true that we Americans kept dogs in the house! She and her friend were laughing so hard at the thought.

They asked too if we Americans would call her, a black person, a dirty N---- and tell her to go away. This shocked me as I couldn't imagine what brought on this thought, but I reassured her that if she did come to the US, it might be hard but that not everyone was this way and that the church would accept her with loving arms and help her.

She mentioned the idea of becoming rich a few times - so if I were her sponsor and I tried to be her mentor, I might remind her that rich is good but gently remind her that "love of money" can quickly take over ....though I have a hard time trying to say such a thing in the face of my own wealth and such poverty around us.

She really wanted me to share email information with her, but I told her that I was sad not to be able to do so but wanted to follow guidelines. It would appear as though she does have some access to email, so that is a thought for when she graduates.

Embu is very rural and is considered a village. There are some things that you might find within a town but it takes some time to get to this project but they are taking care of their girls and boys

I loved the photos especially.  I had only seen one photo of Murugi since I began writing to her and she was so solemn.  It's so nice to see her smiling and to see her with the photos and letters I've been sending her.

It makes me feel more like she is a part of our family.

The woman who visited her promised video some time when her life settle down again.  How special that will be! 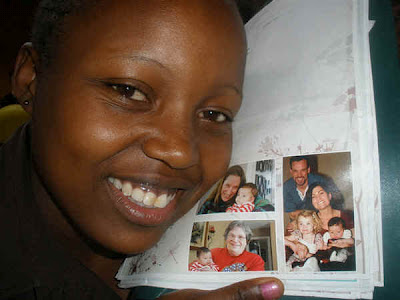 Email ThisBlogThis!Share to TwitterShare to FacebookShare to Pinterest
Labels: Murugi

I am fine.  I hope same with you.  Indian food is really tasty food.  Indians' marriage is very fine.  I think you enjoyed football game.  Buddy photos are looking very cute.  I sit Buddy liking you very much! That's why he snuggles in your arm.

I am studying well.  Now we are in summer.  The temperature is very high.  We have mangoes in this season.

I am praying for your health.   I am very thankful to you.

After annual examination I will going to my mother-in-law's village.  I am not playing here because the temperature is very high.  How is your health.  I am praying for youahnd your family members.  I thank you for your loving sponsorship.

Your loving child,
M. Anjali.
Posted by Bev Sykes at 12:23 AM No comments:

Email ThisBlogThis!Share to TwitterShare to FacebookShare to Pinterest
Labels: Anjali

Thank You from Fred 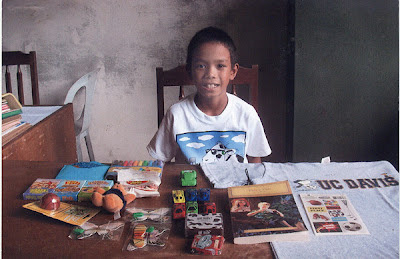 This picture brings me tears.  It is Fred, with the gifts I was able to send to him with someone who was going to the Philippines.  This is the letter that accompanied it:

Email ThisBlogThis!Share to TwitterShare to FacebookShare to Pinterest
Labels: Fred

I can't remember when this letter came.  It was at least a month ago, but I'm not posting it until today.

Greetings to you in the name of Lord Jesus Christ.  I am fine here.  I hope same with you there.  I received 4 letters from you.  Yes, the air balloons are very special to me, because we have no air balloons in our town.

How is your grandchildren?  How are Ned and Marta?  I am very happy that the empty chair at the table is for me.  I am thinking when I am sitting with you in the empty chair.

I like the fog.  I also love the fog, but here we have no fog.  I have some subject in my class now.  My favorite subject is English.  I am also like music.  I am praying for you and your family members.  I thank you for your love and kind letters.

Yours loving child,
Anjali
Posted by Bev Sykes at 9:36 AM No comments: 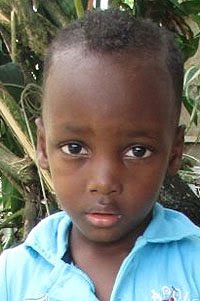 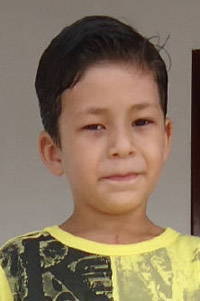 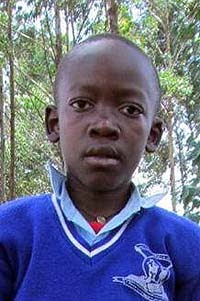 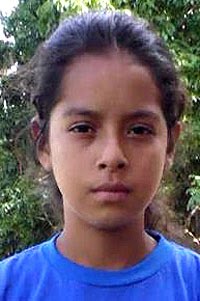 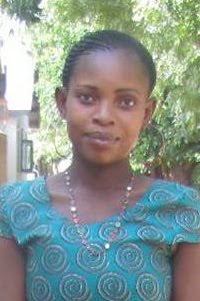 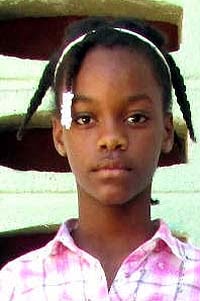 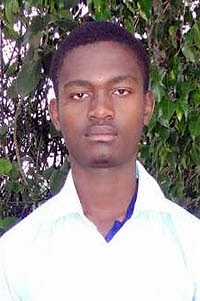 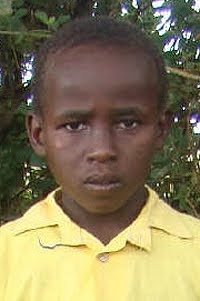 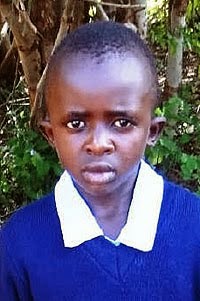 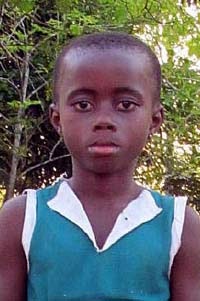 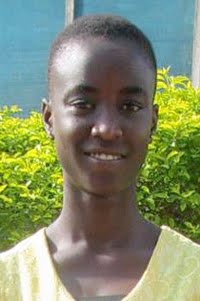 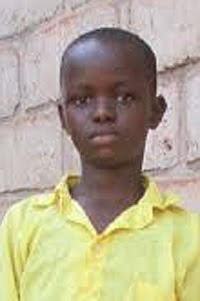 Fred from the Philippines 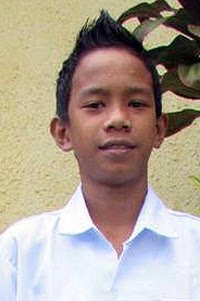 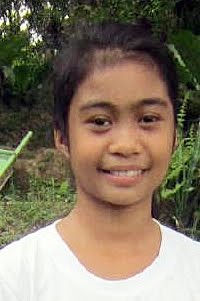 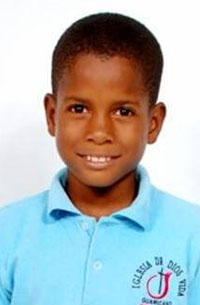 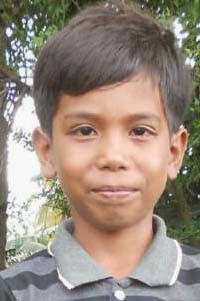 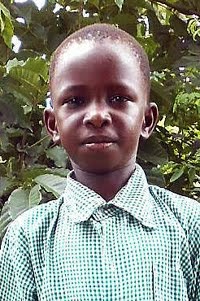 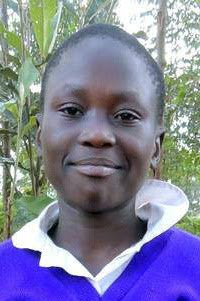 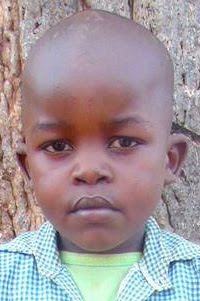 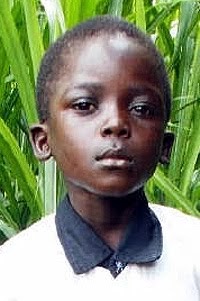 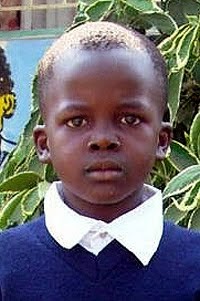 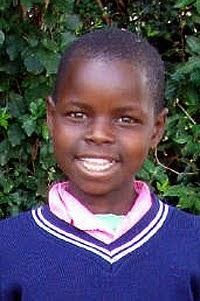 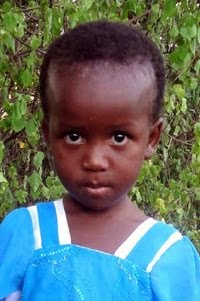 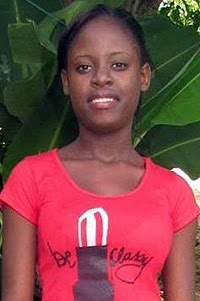 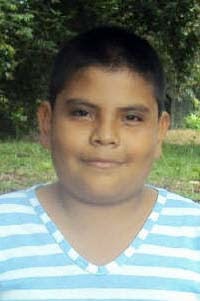 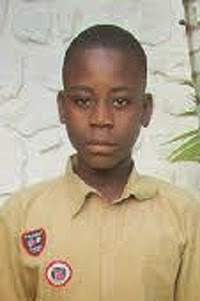 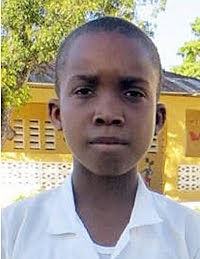 Crisis in the Horn of Africa